What Is Wi-Fi Sensing? 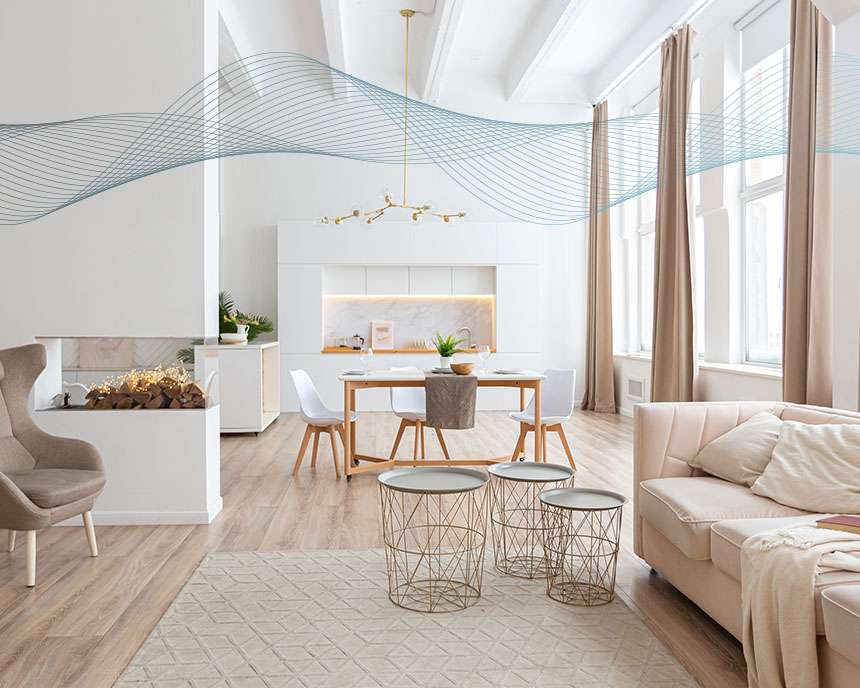 Wi-Fi sensing is a new technology, revolutionizing the way we think about smart homes and smart buildings. Wi-Fi sensing uses Wi-Fi waves to detect motion and presence and then applies machine learning algorithms in order to facilitate advanced applications.

In this guide, we explain in detail how Wi-Fi sensing works, the origin and history of the technology, some of its applications, and the benefits of using it over other sensing technologies.

What is the Definition of Wi-Fi Sensing?

A sensing technology detects physical or biological phenomena, and turns that information into electric signals which can be interpreted for a variety of purposes. Well-known sensing technologies include security cameras, passive infrared (PIR) motion sensors, and radar.

Pet usually done during the motion detectionp the raw data (CSI values), filtering, te may or may not include some AI / ML) and wer usecase

Wi-Fi sensing is implemented in technology via several different ‘layers’:

It is also common for ‘middleware’ platforms to be created to enable developers to construct their own Wi-Fi sensing applications.

Wi-Fi sensing has a range of applications, including home and building security, energy efficiency, and healthcare monitoring. We discuss these applications in greater detail below.

The History of Wi-Fi Sensing Technology

That is, electric and magnetic fields traveling through space as waves. The existence of these waves was confirmed by another physicist, Heinrich Hertz, in 1887.  He also demonstrated that these electromagnetic waves were affected by, and could be reflected by, solid objects.

Waves of different frequencies can operate, and are often produced, differently.

The diagram below explains how our common terms for different types of electromagnetic radiation correlate with wavelength, frequency and photon energy. 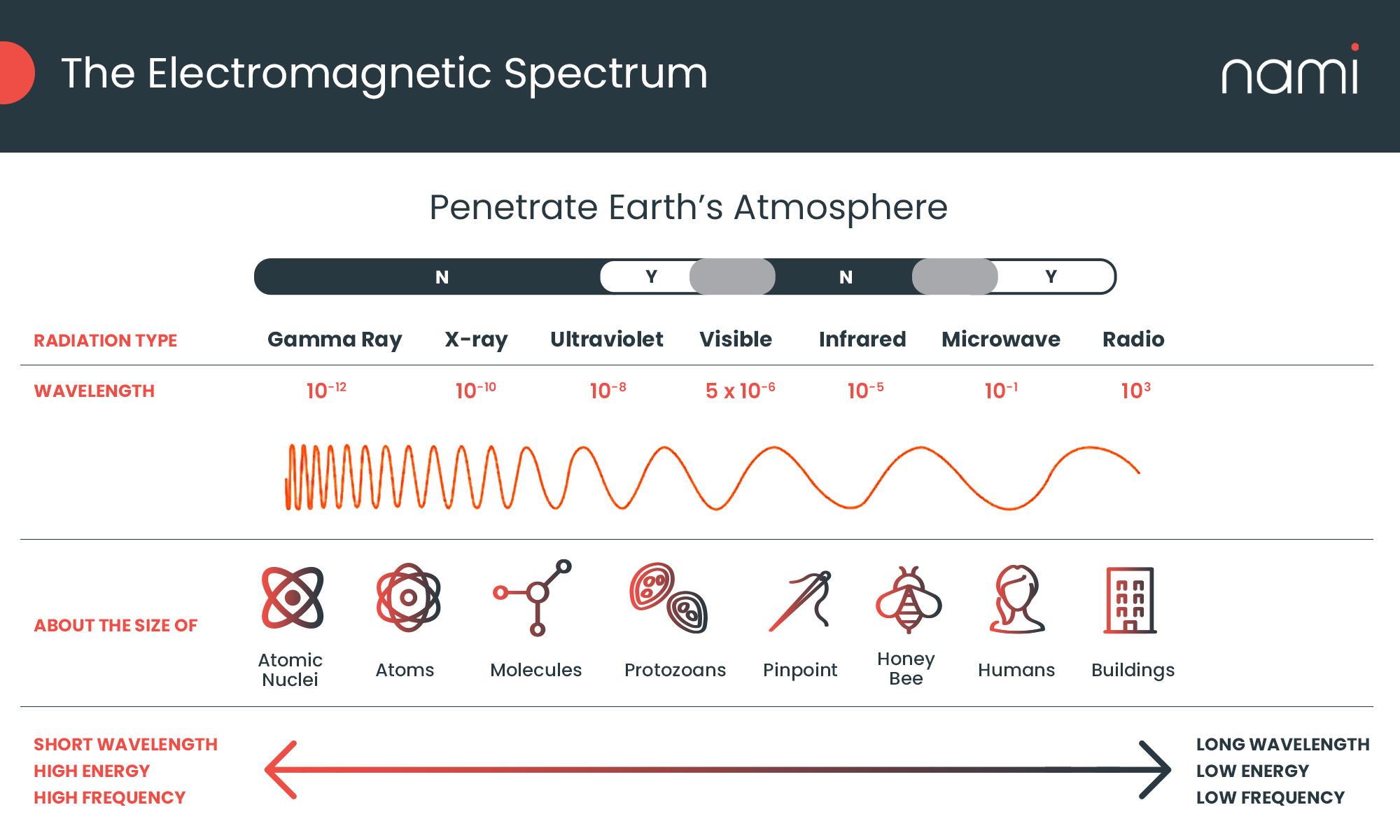 What does any of this have to do with using Wi-Fi to detect motion and presence?

In 1895, a Russian Imperial Navy physicist, Alexander Popov, was testing an early version of wireless communication between two ships, when he noticed an interference in the wave pattern caused by a third ship. Popov observed that this might be used for detecting objects (for more information see V. S. Chernyak and I. Y. Immoreev, “A Brief History of Radar,” in IEEE Aerospace and Electronic Systems Magazine, vol. 24, no. 9, pp. B1-B32, Sept. 2009, doi: 10.1109/MAES.2009.5282288.) This early version of radar works in a similar way to Wi-Fi sensing.

Wireless local area networks (WLAN), also known as Wi-Fi, was invented in the late 80s. Contrary to common belief, it does not stand for “wireless fidelity”, and is likely a play on words referring to “Hi-fi”.

Wi-Fi operates at a range of frequencies, with some frequency availability being location-dependent and some requiring licensing. Possible Wi-Fi frequencies include:

Applications of Wi-Fi have since expanded to cover a range of applications that we can call “Wi-Fi Sensing”. This includes:

How Does Wi-Fi Sensing Work?

In the simplest case, think of how a computer uses Wi-Fi: The computer translates data into an electromagnetic signal, and then transmits that using an antenna. Waves then flow from the antenna to the wireless router. The router in turn converts the signal back into data, and then sends that data across the internet, usually via a physical medium: Traditionally via copper telephone wires, but more commonly today through fibre-optic cables. Satellite internet does the same thing without a physical medium.

How does this traditional use of Wi-Fi, for communication, translate into Wi-Fi sensing?

When you move around your home, devices enabled with Wi-Fi sensing can send out waves which are distorted by physical objects, including individuals moving around the home. These disruptions are picked up by Wi-Fi sensing technology and analyzed by machine learning algorithms to determine who (or what) is moving and in what way.

Wi-Fi sensing is implemented in the smart home or building using tiny microchips that can be built into a range of different physical devices and infrastructure. For example

Is There a Technical Standard for Wi-Fi Sensing?

In light of this, a standard, set to be unveiled in 2024, is being developed (the 802.11bf Wi-Fi standard) in order to standardize Wi-Fi sensing.

Currently, it is proposed that there be a division of Wi-Fi sensing:

What Are the Possible Applications of Wi-Fi Sensing?

As a relatively new technology, there is a lot of room for innovation. However, some of the possible applications are considered below

Traditional home security systems often rely on visual detection (cameras).  An intruder alarm can then be sounded, both within the property and remotely via smartphones etc. Wi-Fi sensing can provide a superior form of motion detection as it is:

The population is aging, with the worldwide population of over 60s expected to grow to 1.4 billion by 2030. Most of those 65 and overspend the majority of their time at home.

The risk of falling is a serious issue for those over 65, and is a leading cause of death.

The problem with ambient vision-based technology is that it is ‘line of sight’: It will generally only work in the room in which the individual is located. By contrast, Wi-Fi sensing can detect falls, despite the presence of walls. It also doesn’t rely on the acquisition and transmission of personal data as a vision-based system does. So far, wearables have been known to be error-prone with a high number of ‘false positives’.

Fall detection applications will be invaluable both in the home and in assisted living contexts.

More generally, Wi-Fi sensing can be a useful home monitoring tool for family well-being: It can detect, for example, whether children have arrived in the house, or left, at a scheduled time

Wi-Fi sensing can be used to detect when individuals have arrived home, and when they have left, and power down appliances and devices accordingly.

This could be of interest to property technology (PropTech) firms, and consumer electronics manufacturers as part of establishing energy-efficient homes and buildings.

Energy efficiency applications may also be beneficial to EnergyTech firms that create energy rates and tariffs based on consumption.

Consider the case of HVAC systems: As heavy energy users, optimizing the use of these systems could have considerable energy efficiency benefits. An important optimization measure is that their cooling and heating setpoints are increased and decreased during unoccupied times with the goal of saving energy. The best way of achieving this is to have real occupancy data, the kind of data that Wi-Fi sensing is well-positioned to provide. For more information see Kingsley Nweye, Zoltan Nagy. “MARTINI: Smart meter driven estimation of HVAC schedules and energy savings based on Wi-Fi sensing and clustering“. Applied Energy. Volume 316, 2022.

What Are the Main Challenges Faced by Wi-Fi Sensing?

Both in research and industry, some challenges or limitations for WiFi sensing have been observed. In a meta-study titled Wi-Fi Sensing: Applications and Challenges A. M. Khalili, Abdel-Hamid Soliman, Md Asaduzzaman and Alison Griffiths observed the following limitations:

However, these do not appear to be challenges for Wi-Fi sensing technology itself, but rather specific methods or protocols that have been implemented in Wi-Fi sensing. For example, the same paper showed that using an alternative to RSS, Channel State Information (CSI), allowed for far more accurate people detection in crowds.

More serious challenges for Wi-Fi sensing that relate to the technology itself include:

What Other Sensing Technologies Exist?

Sensing technology involves any device that detects the physical, chemical or biological qualities of objects, and then converts that information into a signal (usually an electric signal).

Other common types of sensing technology include:

What Are the Benefits of Wi-Fi Sensing?

While it depends on the application in question, the benefits of Wi-Fi Sensing could be summarized as:

Wi-Fi sensing uses the power of Wi-Fi to detect and interpret motion and presence. It has multiple applications, but is commonly deployed through home security, energy efficiency, and health and safety monitoring applications.

Wi-Fi sensing hardware, middleware and software can be integrated with existing devices or infrastructure, or introduced via purpose-build hardware.

Wi-Fi sensing has a range of benefits over existing technologies, including ease of installation, interoperability, non-line-of-sight motion detection, privacy protections and broad coverage.

How Does Wi-Fi Sensing Work?

Antennae within enabled devices emit Wi-Fi signals or waves at a high rate. These Wi-Fi waves ‘bounce’ or ‘break’ around solid objects. Machine learning algorithms within the Wi-Fi sensing technology learn to distinguish between objects that move (such as humans) and those that don’t (such as walls).

What is Wi-Fi Motion Detection?

Can Wi-Fi sensing be combined with other sensing technologies?

Can Wi-Fi Travel Through Walls?

Wi-Fi, and hence Wi-Fi sensing, can travel through walls. However, it can be affected by sufficiently solid walls or objects. This impact can be mitigated by using multiple Wi-Fi-enabled devices. 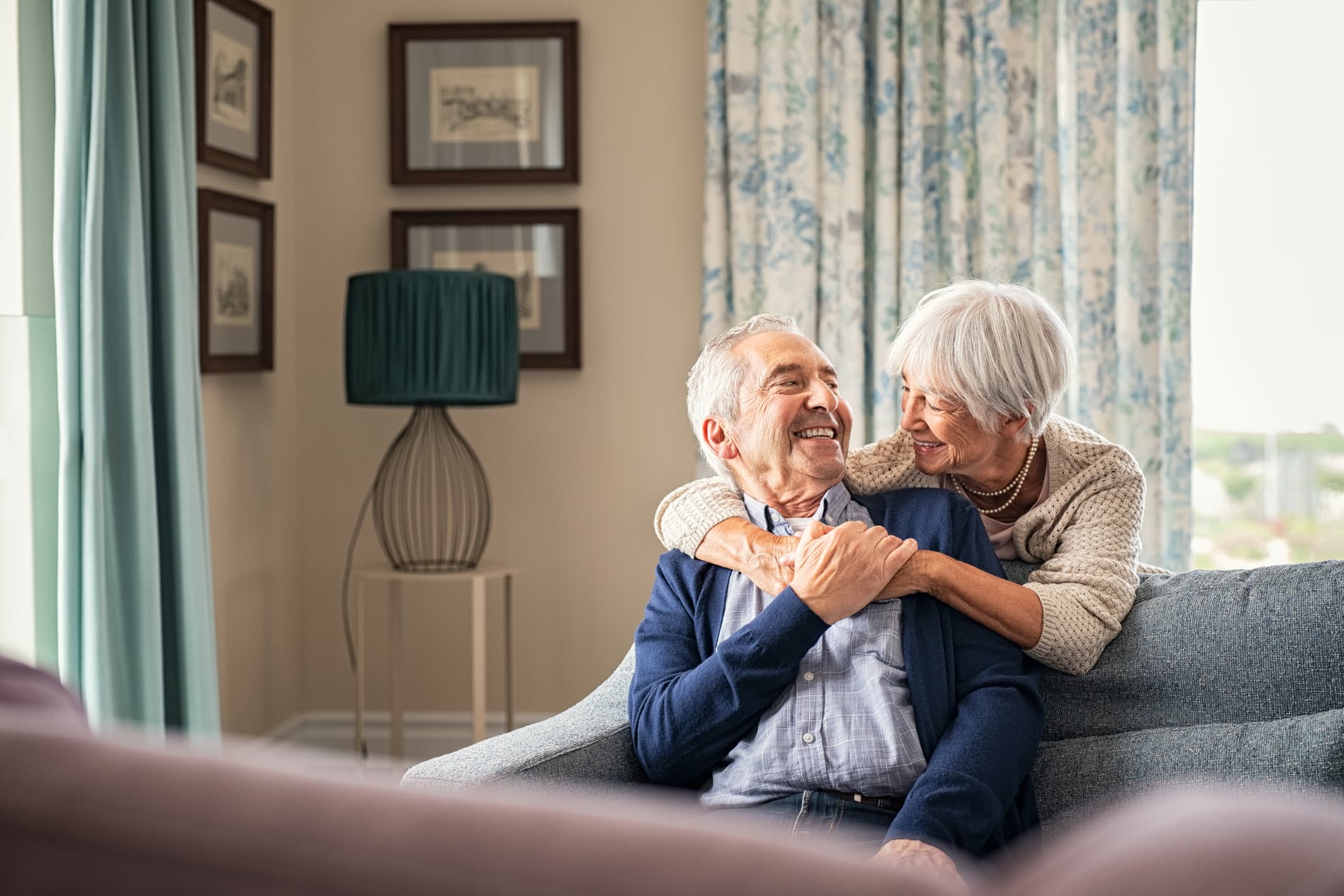 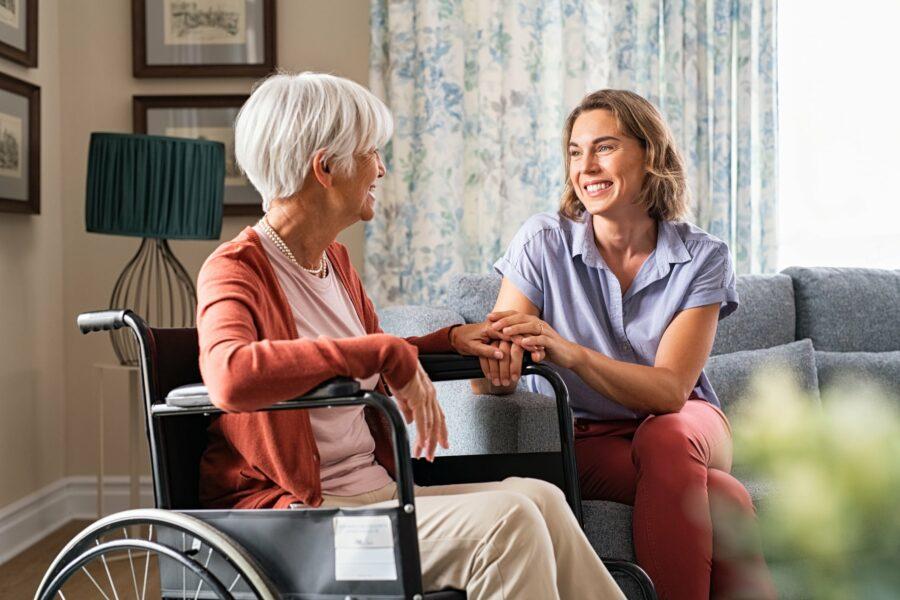 Sensing
What Does WiFi Sensing Mean for the Caregiver Crisis? 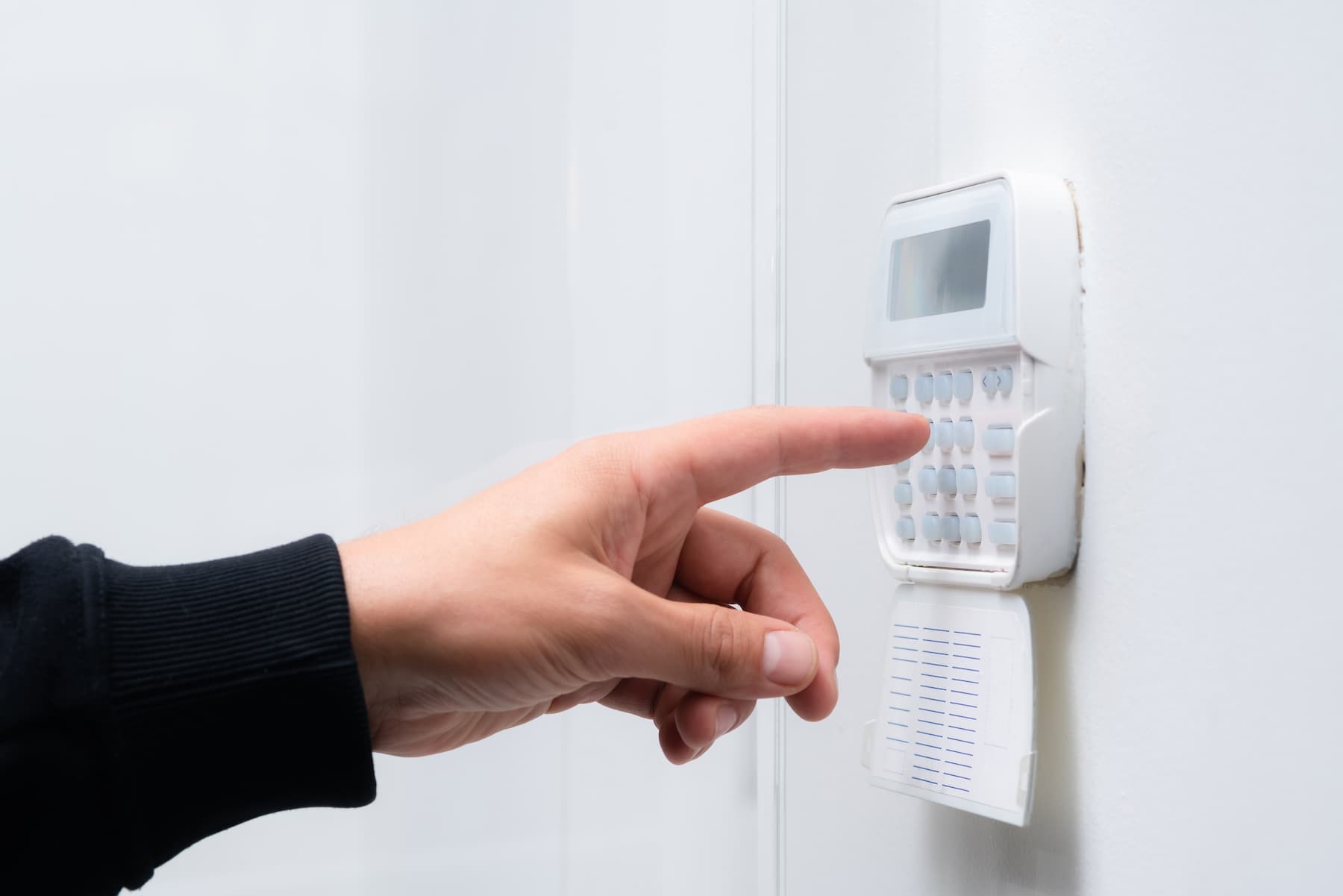 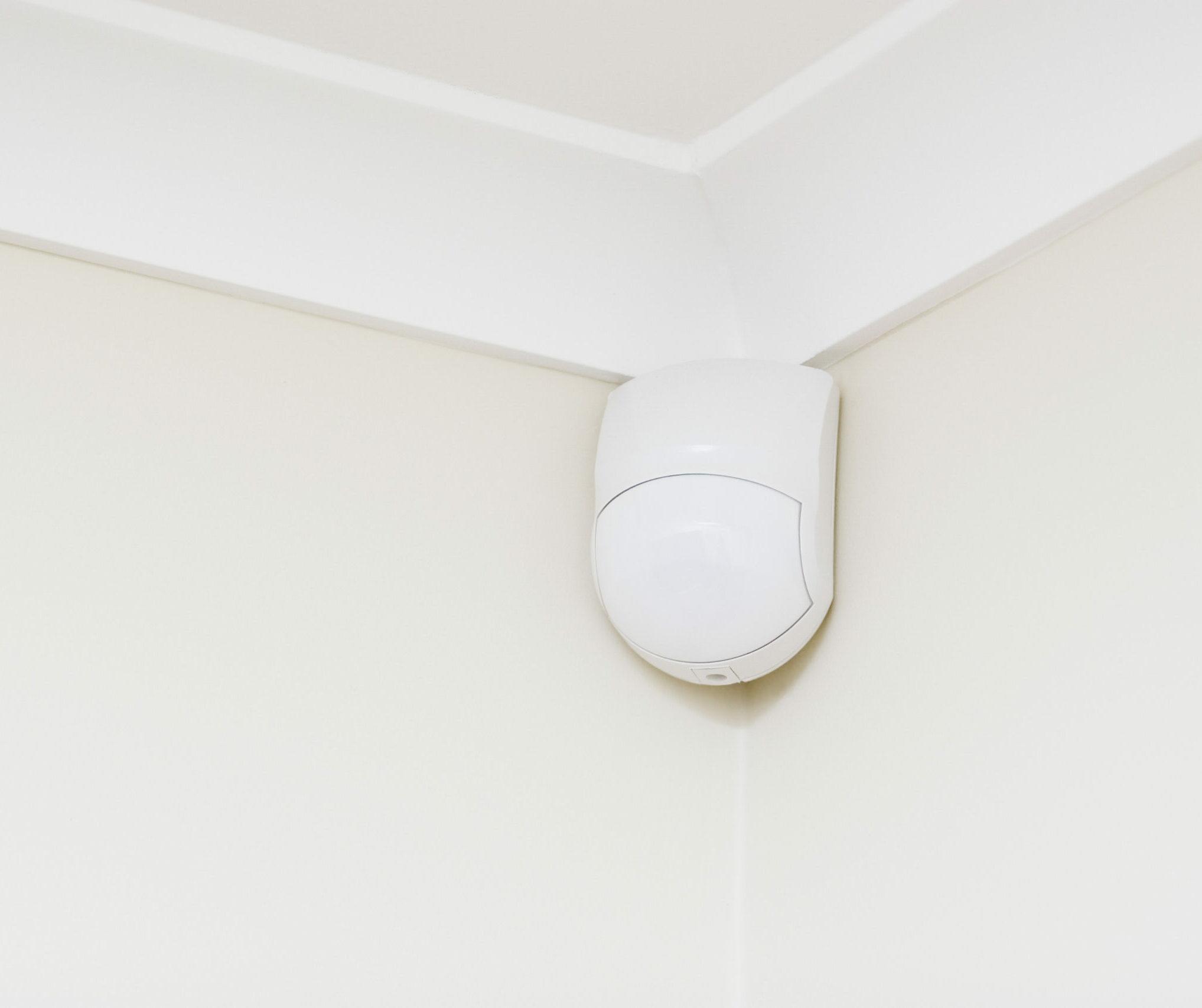 Sensing
What Are PIR Sensors? 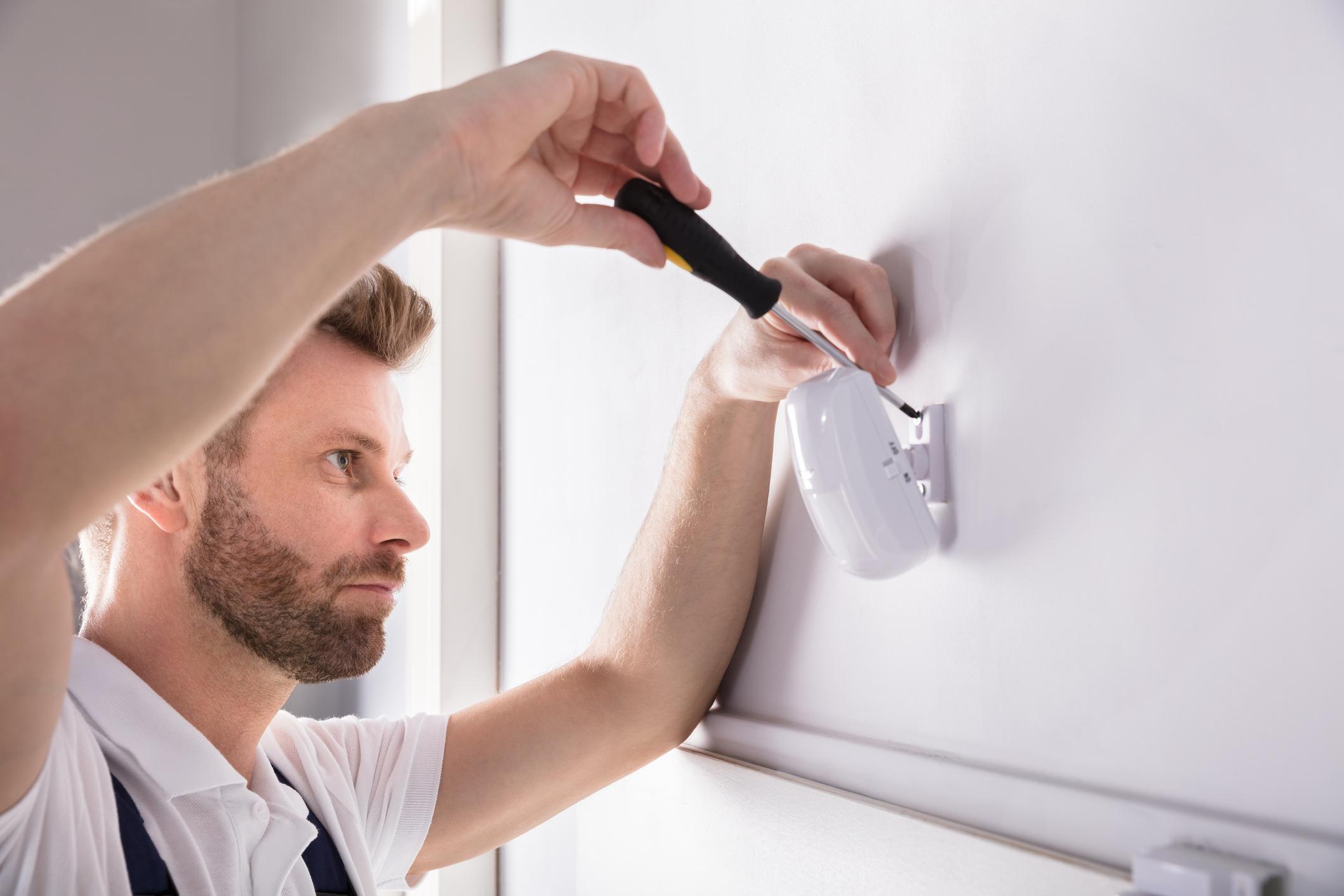 Sensing
What is Radar Sensing? 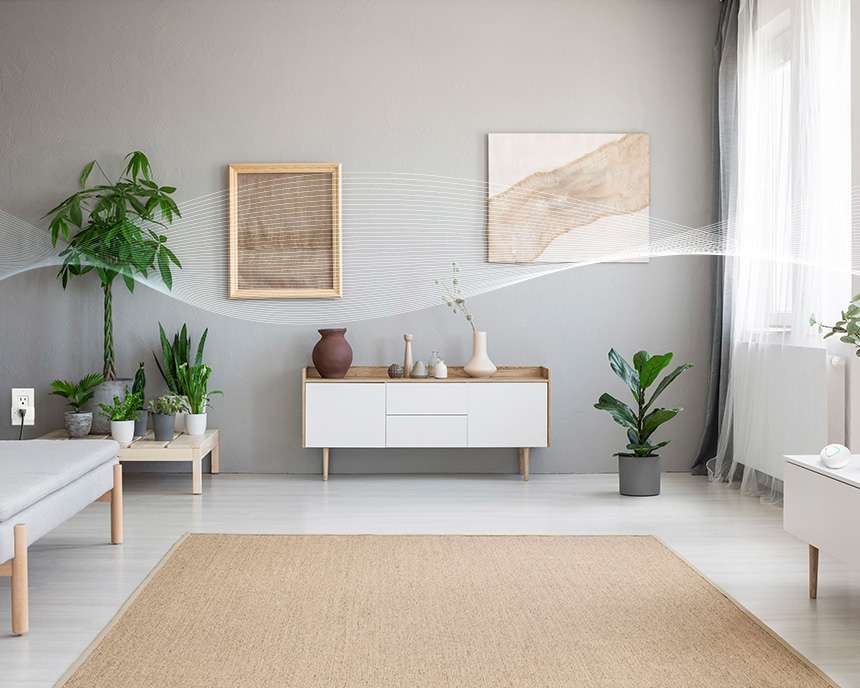